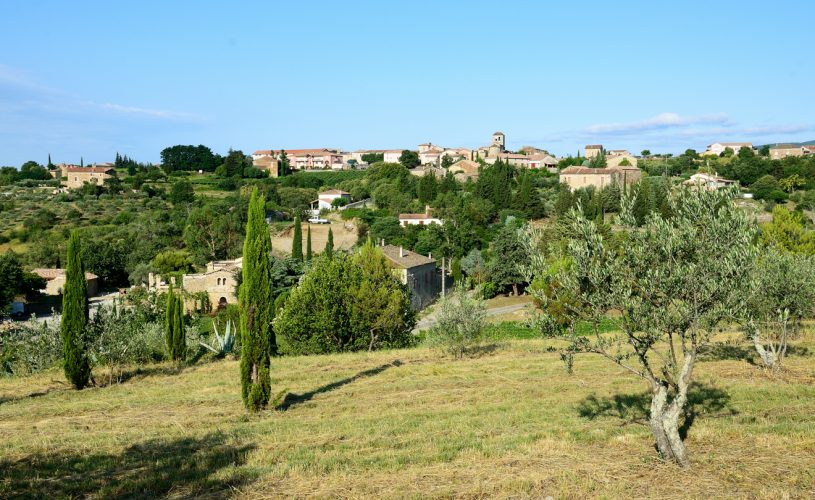 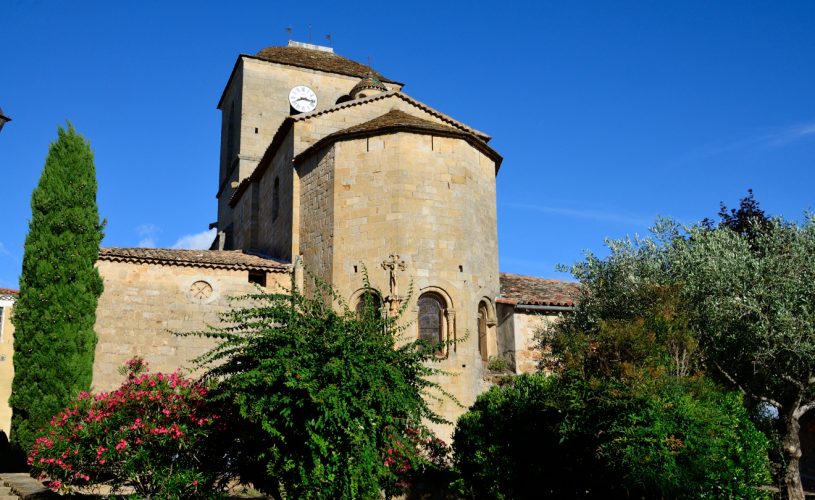 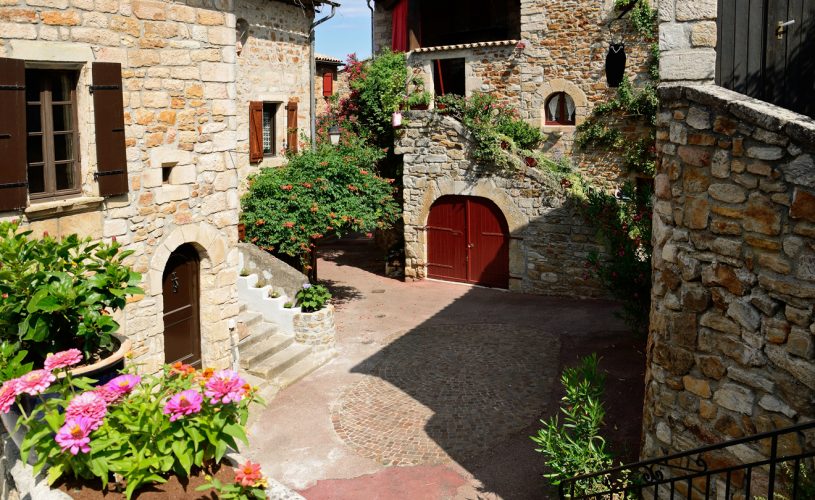 VINEZAC, little village of southern Ardèche of approximately 1200 inhabitants, was classified "Village of Character" in 2001. It extends over 1090 hectares at the heart of grandiose panoramas. This fortified village conceals a number of historic curiosities that we invite you to discover.
The village :It reveals limestone constructions in shades from white to orangey ochre supported with roofs in half-round tiles.
A maze of arched alleys or those that are lined with remarkable houses squeezed next to one another make up the essential of the market town.
Some of them have picturesque names: rue du Chantou, rue du puit (street of the well), rue chaude (hot street) that contrary to what you might think is the street that led to the stables!

Roman church Notre-Dame de l'Annonciation : classified as a listed building in 1907)
The origin of the church is unknown. It is important to notice that it's the church, and not the chateau, that is at the origins of the Vinezac village. If the square is mentioned from the 6th or 7th century, the building as we can see it today is mainly roman in style. It has undergone several modifications over the centuries: it was expanded in the 18th century by the construction of three chapels, before these were replaced in 1834 by two wide aisles. The big 17th century steeple and the little 18th century lantern also changed appearance. At present, you can admire the low relief called "Daniel in the pit of lions", archaistic in style (after the end of the 11th century) and the historiated capitals of the nave.
The steeple with glazed tiles is topped with two weather vanes made by a blacksmith from Vinezac in the 1950's.

Rates and means of payment